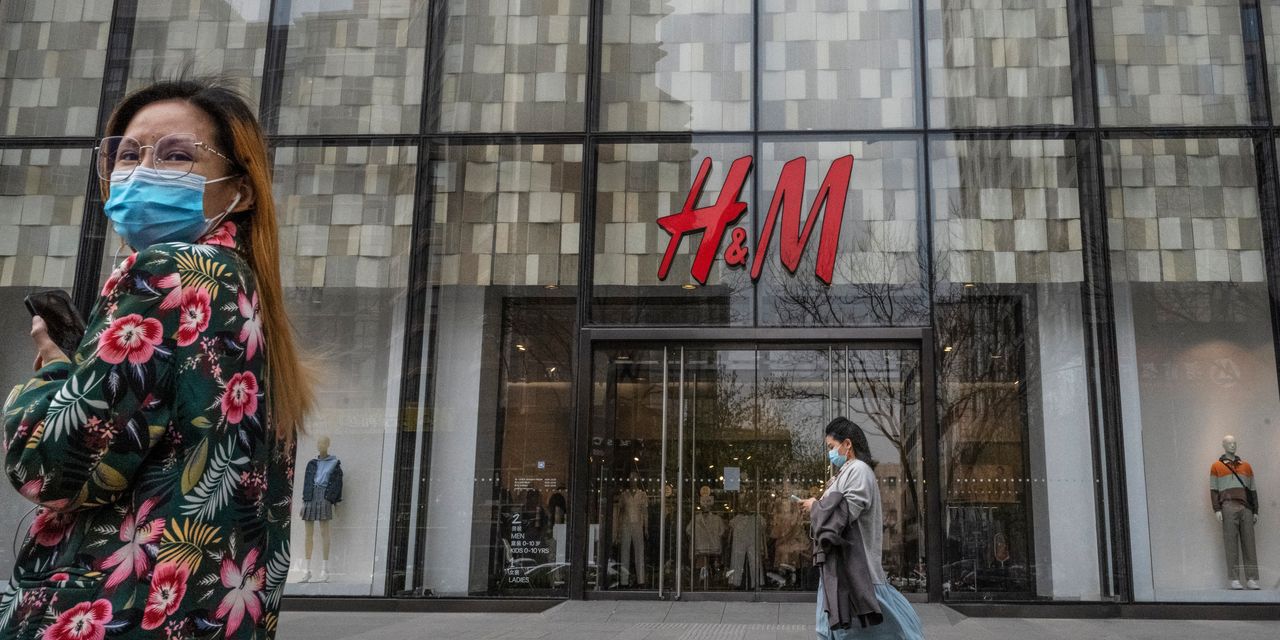 A debate over how much to push back against the Chinese government has set off a conflict inside a prominent coalition that guides much of the world’s cotton production.

The Better Cotton Initiative, a collaboration among big brands like

But the Chinese government’s recent attacks on the group and one of its leading members, fast-fashion giant

In March, Beijing all but erased H&M’s internet presence in the country after the company and BCI raised concerns about allegations of forced labor in the cotton-rich Chinese region of Xinjiang.

, BCI deleted from its website a months-old statement about concerns that cotton was being produced by forced labor in Xinjiang.

Some nongovernmental-organization members have said that BCI’s deleting of the statement and silence during the backlash in China suggest the group bowed to pressure at the behest of retail members, say people familiar with the organization. They feel BCI’s reaction undermines the initiative’s mission of bettering the lives of cotton farmers, the people said.

Some NGO members are urging the group to cease operations in China altogether and are pushing their representatives on its board—the environmental group Pesticide Action Network and Solidaridad, an organization advocating for responsible supply chains—to restore the Xinjiang-related statement online and push back against the Chinese media attacks, the people said.

At the same time, some retailer members and nongovernmental organizations say that BCI should instead quietly engage with Beijing, the people said.

Western businesses with supply chains in Xinjiang walk a fine line. Companies are trying to avoid Beijing’s ire and at the same time take seriously allegations from human-rights groups and the U.S. and U.K. governments that authorities are committing genocide against ethnic Uyghurs and using forced labor in the northwestern Chinese region.

The Chinese government has called the allegations lies, saying it is combating terrorism and improving livelihoods in Xinjiang. It has lashed out at those raising concerns about the region. No industry is more ensnared in the issue than fashion: Xinjiang accounts for four-fifths of China’s cotton output and a fifth of the world’s.

The Better Cotton Initiative began as a World Wildlife Fund project in 2005 and became its own organization in 2009. The nonprofit group trains farmers and gives its seal of approval to those that meet standards on water usage, chemical usage and labor rights.

Members had an incentive to join. Farmers learned how to reduce expenses and improve cotton quality. Nongovernmental organizations got to lobby the fashion industry on environmental protection and labor rights. And brands, such as founding members Gap Inc., H&M and IKEA, could boast to customers and shareholders that they were part of a planet-helping initiative.

Tensions with Beijing began after BCI increased attention on labor rights world-wide last year. In October, the group stopped training and licensing farmers in Xinjiang, citing “sustained allegations of forced labor and other human-rights abuses.” A BCI committee on forced labor later cited, among other concerns, that Xinjiang farmers couldn’t speak candidly about their situation.

Those actions didn’t cause ripples in China until March, when the U.S., Canada, the U.K. and European Union sanctioned Chinese officials over alleged human-rights violations in the region. Chinese state-controlled media outlets criticized those sanctions and blasted BCI and member brands, in particular Sweden’s H&M. H&M disappeared from Chinese e-commerce sites, while Chinese celebrities dropped their sponsorships with the company.

In a recent earnings call, H&M said it wanted to remain a “responsible buyer” in China. It declined to quantify the backlash’s cost, saying only that landlords closed a few H&M outlets in China. In total, 20 out of about 500 stores were closed, the company has said.

Do you think Western brands like Nike and H&M should call out countries that tolerate forced labor in their cotton industry? Join the conversation below.

In the days after Chinese media outlets and social-media users began attacking BCI and its members in late March, China’s state television broadcaster aired an interview with the head of BCI’s Shanghai office, who said her office found no evidence of forced labor in Xinjiang. The group deleted its October online statement about the Xinjiang concerns without explanation.

The actions, seen inside China as an about-face, drew a taunt from a youth branch of the ruling Communist Party in a social-media post last month: “Your face must be hurting!”

BCI hasn’t publicly addressed the situation, saying a response could threaten the personal safety of its dozen or so staffers in China, the people close to the organization said. While BCI has backtracked on its public statements, it has maintained its position on halting training and licensing of farmers in Xinjiang.

One person close to BCI said the group’s presence in China, and the brands it represents, give it clout to influence Beijing, even if it must do so quietly, the person said. Not-for-profit organizations can operate in China only if they are invited by Beijing and play by its rules, the person added.

“How does anybody choose whether to avoid working in problem areas,” she said, “or to work in them to improve them, even though there are risks in doing that?”

—Qianwei Zhang in Beijing contributed to this article.