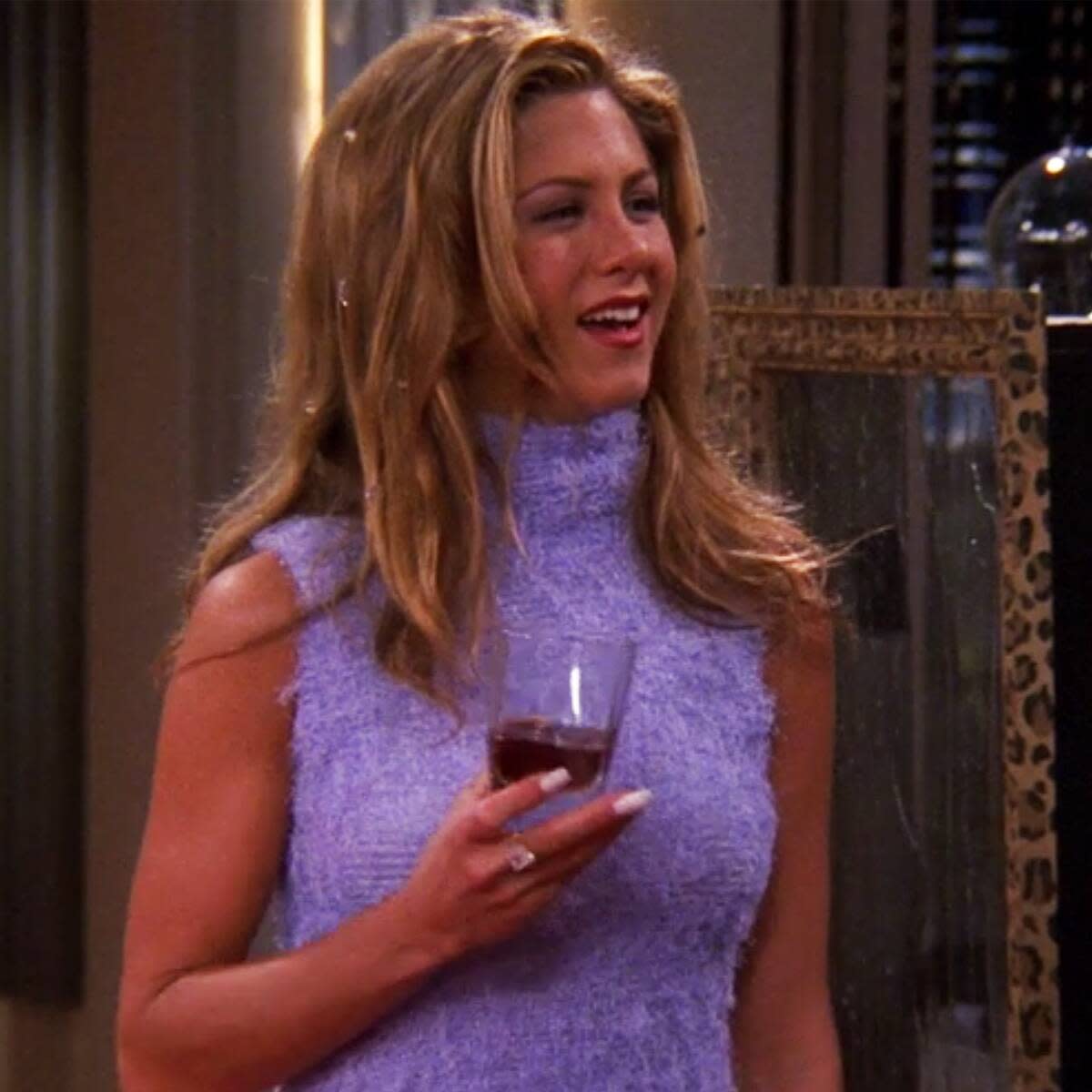 Jennifer Aniston‘s Friends character, Rachel Green, was known as a trendsetter, but it’s possible one particular look of hers hasn’t quite withstood the test of time.

The 52-year-old The Morning Show star took to her Instagram Story on Thursday, June 3 to share a New Yorker cartoon from the magazine’s current issue. In the image, a woman is looking at a sleeveless top with a high neckline and exclaims, “What time of year are you for!”

Jen then posted a selection of four screenshots from four different Friends scenes, all of which show Rachel wearing a different version of that exact style of top. The actress simply captioned it with a shrugging emoji.

During HBO Max’s highly anticipated Friends reunion, which premiered May 27, Jennifer revealed there is one item from the show’s wardrobe that is still part of her own regular rotation. However, it wasn’t an item of Rachel’s, despite the fact that the character was known for her fashion-forward look and eventually worked at Ralph Lauren.

7 Fashion Trends We Have to Thank Jennifer Aniston For

“A dress that Monica wore that I went into her line of clothes and pulled it out, and I still have it and wear it to this day,” the star shared. “It’s floral, tiny little flowers with a black lace V-neck and cap sleeves and a little, slight ruffle.”

Courteney Cox (Monica) then quipped, “It’s probably gone in and out of style like four times.” However, Jen disagreed and replied, “And it will always be in style!”

During an interview with The Zoe Report in 2019, Friends wardrobe stylist Debra McGuire admitted that Rachel’s fashion sense changed after the show had been on the air for a few years.

“It wasn’t until around the third season that I lightened up on my palette and allowed fashion to come into play,” she shared about Rachel’s looks.