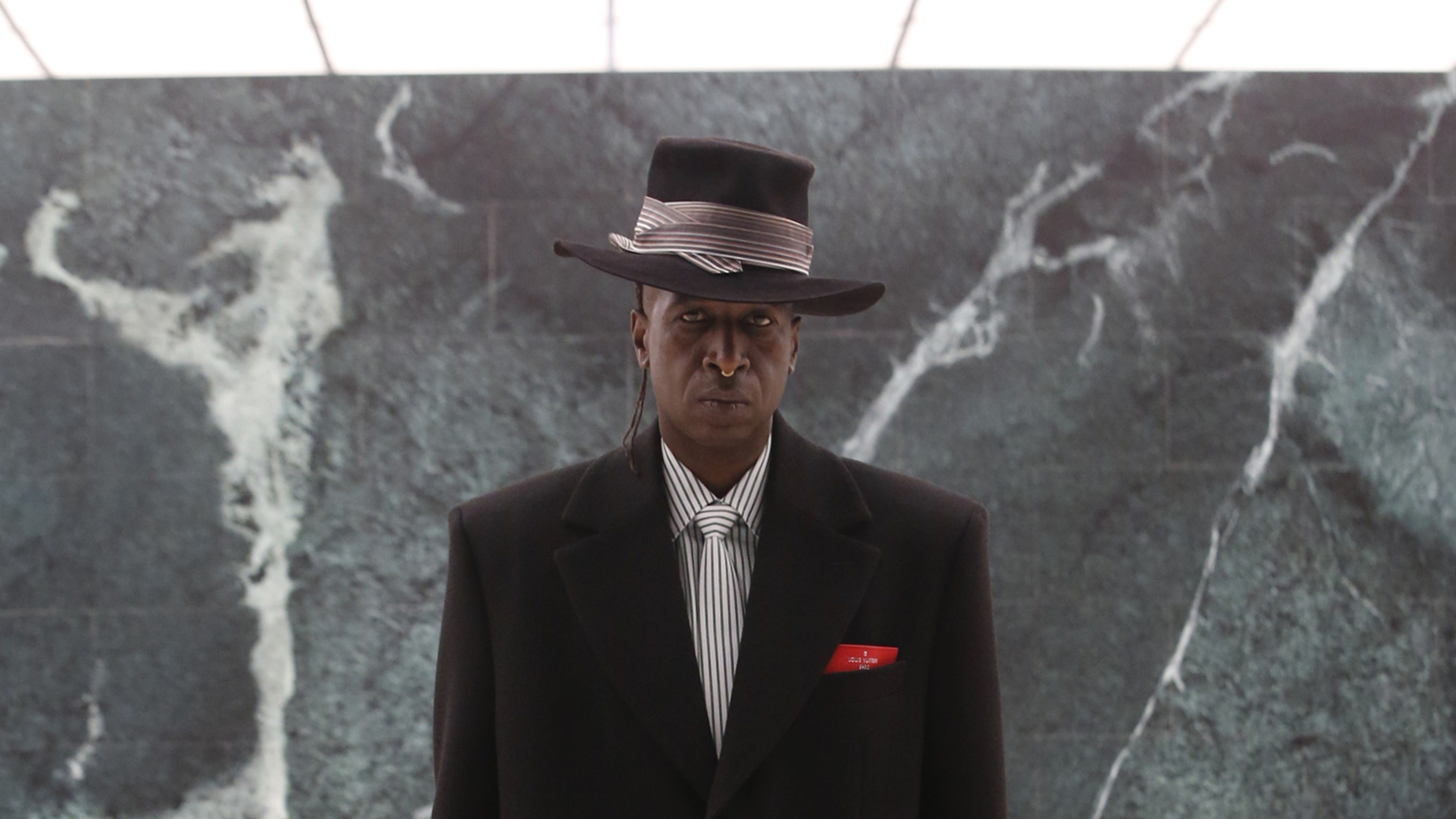 There are no accidents of timing in history and culture. Whether or not he had prior insight into how yesterday’s Inauguration of President Joseph R. Biden was being planned, Virgil Abloh’s launch of his Louis Vuitton collection today also resounded with the poetry and intellectual purpose of Black consciousness taking its rightful place. His sixth collection, named ‘Ebonics,’ came with a film directed by Josh Johnson that was powerfully centered on spoken word and performance, a call to radical thinking through the lens of menswear.

Amongst the words delivered by Saul Williams and Kai Isiah Jamal were these: “Deconstruct the narratives… make spaces”; “Take down the walls, unravel the mysteries. Make it up to me.” And: “As Black people, as trans people, as marginalized people, the world is here for our taking, for it takes so much from us.”

Abloh has mustered an educational encyclopedia of answers to the ineluctable questions that have been troubling all designers: over the point of fashion, of shows, of making clothes in the face of the Black Lives Matter movement and all the crises that
blew up in humanity’s face last year. “We’re still reeling,” he said, in a telephone call from Chicago, before the film’s release. “We sat through so many heavy conversations in 2020, some so heated that things can’t be discussed anymore. But fashion can do this. Shows can do this.”

There’s lot to unpack, from the Louis Vuitton baggage—some of it in the shape of carrier bags, potato sacks, an LV ‘Keepall’ in the form of a plane—to the symbolic reconfigurations of masculine archetypes, to the challenging of ownership of sources that Abloh built into the clothes. “There are a lot of stories mixing cultures,” he said. “And from that, a new language will be created.” Cool, considered, chic, and flowing with floor-length coats, easy slim tailoring, African draped wraps, kilts, and Western hats—styled by the deft hand of Ibrahim Kamara—it plainly makes for Abloh’s best collection for the house since he arrived in 2018.

And his most autobiographical yet—an exploration of his African heritage and of what it means to be at the pinnacle of a career in Europe as a Black American creative director. “When I grew up, my father wore Kente cloth, with nothing beneath it, to family weddings, funerals, graduations,” he said. “When he went to an American wedding, he wore a suit. I merged those two together, celebrating my Ghanaian culture.” Add LV patterns to the cloth, drape it, then pair and compare it again with tartan checks, and the result is indeed something new. So too, the diagonal green-on-white print on a leather motocross suit. “A memory of the wax print fabric my mom had around the house when I was growing up,” he chuckled. “She was the one who taught me to sew; and she had learned it with a tailor in Ghana.”