Home » The Secrets of a Perfect Capsule Wardrobe 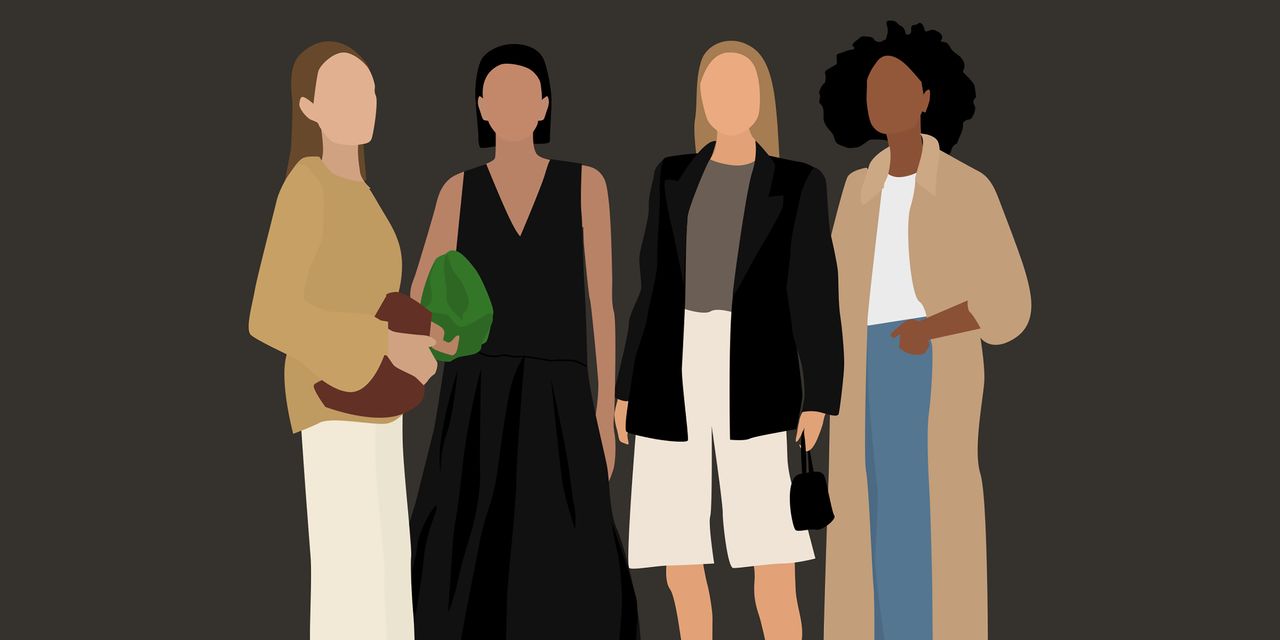 Buying a new black crew-neck sweater online should be easy enough—search, click, buy and receive it on your doorstep in a matter of days. But one recent Google search yielded over 39 million results: unbridled digital access to black knitwear. There are low-cost versions from fast-fashion behemoths, artisanal hand-made options on

and luxe cashmere versions on Yoox, which alone presents over 1,100 sweaters to choose from. It’s a rabbit hole of infinite scrolling and product descriptions that start and end with the word “soft.” How to filter out the noise to find the best pieces?

To alleviate the guesswork, some retailers and agile new brands have introduced laser-focused edits of lasting wardrobe staples. With tried-and-trusted options like a poplin button-up, a knee-length black skirt, sharply cut blazer and a chic trench, they offer a 21st-century take on

“Seven Easy Pieces,” a ready-made wardrobe that the designer launched in 1985. (Some even sell an update on the signature Donna Karan bodysuit.) Several of the companies are also taking a serious look at issues of sustainability—starting with the idea of filling a closet with fewer, better things, all in a one-stop shop.

“Not traveling so much forced you to really reassess what you needed,” says Natalie Kingham, the global fashion officer of luxury retailer Matchesfashion, who realized once she was stuck at home that she didn’t have a good pair of leggings or a solid white tank-top. In response to what she saw as a need shared by her staff and customers, she helped launch a “Wardrobe Foundations” section within Matchesfashion’s main site in January including pieces from brands such as Bottega Veneta, Totême and The Row, as well as wardrobe-based brands such as Another Tomorrow, Co and Wardrobe.NYC. Pieces range from $9 socks to a $9,450 trench coat. “A lot of the brands are looking at wardrobe foundations as well and realizing that there’s an opportunity there,” she says.

According to Matchesfashion, there has been growth across what they call the “essentials” category for womenswear, with sales up over 25 percent since last year for T-shirts and denim, particularly boyfriend and straight-leg fits. Unsurprisingly, sweatpants, a newer must-have for many, are up 50 percent.

“No one wants that dreaded feeling in the morning of not knowing how to put things together,” says stylist Christine Centenera, who is a creative consultant for Virgil Abloh at

and has worked with celebrities including Kim Kardashian West and Margot Robbie in her role as fashion director of Vogue Australia. In an effort to simplify daily routines, Centenera launched Wardrobe.NYC, a brand offering pre-packaged sets of clothing, based in part on key pieces she relies on for her styling work, such as a blazer and leggings. The brand, which she co-founded in 2017 with Australian designer Josh Goot, offers an eight-piece tailored set, including a double-breasted coat, turtleneck, T-shirt, wrap skirt and tuxedo separates, for $3,500, while a four-piece sportswear set with a long-sleeve T-shirt, crop top, bike shorts and sport leggings is $400. (Retailers including Matchesfashion, Net-a-Porter and Browns offer individual items from the brand.) Models Gigi Hadid and Rosie Huntington-Whiteley have repeatedly worn the brand’s zippered black leggings. In 2020, Goot and Centenera added pale blue and gray colors to the mainly black-and-white core styles.

“
“No one wants that dreaded feeling in the morning of not knowing how to put things together.”
”

After noticing certain pieces such as their poplin tiered dress, A-line shirts and knitwear  performing well in their main line, L.A.-based brand Co launched a line of seasonless staples in 2018, which they also called “Essentials.” It includes the minimal-effort pieces such as oversize cotton dresses, cashmeres in a range of fits and elastic-waist trousers. The Essentials line also runs 20 to 30 percent cheaper than their seasonal pieces. “It’s [about] what we reach for in our wardrobe in the morning when we get dressed,” says co-founder Stephanie Danan, a former film producer. She and her co-founder, Justin Kern, a former model, have also peeled off pre-fall and resort collections from their annual calendar to devote more energy to these evergreen offerings. “We just cleaned it up,” said Danan. “It’s so much less waste in terms of development and sampling.”

New York–based designer Misha Nonoo introduced “The Easy 8” in 2017, which included a dress, trousers, a turtleneck and a jumpsuit, all in black and white, at the same time that she pivoted the brand to an on-demand production model. One of the pieces—the Husband shirt, an oversize button-down—became a hit when

wore a white version during her first public outing alongside Prince Harry that same year. The collection has since evolved into “The Perfect 10” which now includes items like a cotton sweatsuit, though the Husband shirt remains a best-seller. Making only the garments that have been ordered has cut down on waste by 90 percent, according to the brand.

“For somebody…who is time-starved, who wants to be efficient, who is thinking about the environment and sustainability, who wants to invest in her wardrobe and have it be very streamlined,” says Nonoo, “this is really the way she sees the future of shopping.”

For former finance executive Vanessa Barboni Hallik, supply chains, not fashion trends, were what inspired her to launch the sustainability-focused clothing line Another Tomorrow, which debuted its first collection in January 2020. Her line of wardrobe basics includes a trench coat, pleated trousers and a bow blouse, all tagged with a QR code that allows customers to review the entire production process for each garment. “It was critically important to me that in a world of so much product that the product had to be pristine,” says Barboni Hallik, who also has a degree from Cornell University and is currently an M.S. candidate at Columbia University’s Earth Institute. “It had to really add value to [the customer’s] life.” Another Tomorrow’s offerings include a blazer, which like the other pieces in the core tailoring collection, can be exchanged within 12 months of purchase for a new size to accommodate size fluctuations. (The returned pieces are then resold at a lower price by the brand.) The upcoming fall collection—the third from the brand—focuses on pieces such as knitwear and Zoom-appropriate tops, offered alongside its core offerings. The goal is to save time, along with cutting waste. “I don’t think going down the rabbit hole for each individual purchase is a great use of anyone’s time,” says Barboni Hallik.

Åsa Göransson and Fredrik Blank, alumni of Beckmans College of Design in Stockholm and Tiger of Sweden, were also troubled by the overproduction and deep sales cycles of the fashion world. In February of this year they set out to establish a slower way to make clothes, with a new Scandanavian tailoring line, Blank Atelier. “I don’t think the stock market is the way for fashion,” says Blank. “You really have to stick to the value of what you try to give the customer.” Each of their tailoring pieces is prepared for alterations, sewn with extra seam allowance. The line, which currently includes two styles of trousers, four blazers, a pencil skirt, and a white shirt, will not be discounted to clear out stock. Instead, the duo will keep a small amount of stock in a warehouse, taking the risk that something might not sell. And since the company consists of just the two of them, they can put a personal touch on each order, which they package themselves—complete with a handwritten note.

A chic, plug-and-play capsule wardrobe comes to life with the following pieces.