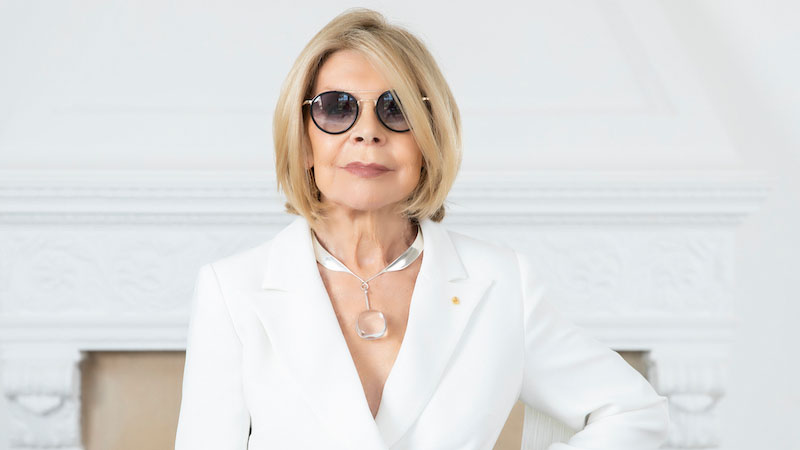 Carla Zampatti has passed away, and Chanel debuted its new collaboration with V Magazine. Stay up to date with the latest international fashion news stories of the week.

The iconic Australian designer, Carla Zampatti, has died after a severe fall last week. Last Friday, the 78-year old slipped down a set of stairs in Sydney while attending the La Traviata opera. She spent a week in a coma but sadly did not re-awake. Designers, models, and other icons have paid tribute to the designer, who greatly influenced the industry and empowered women for more than half a century.

Carla Zampatti was born in 1942 in Lovero, Italy, and moved to Western Australia in 1950. She started her eponymous label in 1965 and was one of the leading and most influential ‘pioneering’ designers in Australia.

Zampatti designed clothes for women fighting for liberation through the women’s rights movement in the 1960s to empower women today in leadership, the workplace, in their home, and at major life events. She dressed many iconic Australian women, including Princess Mary of Denmark, Cate Blanchett, and former Prime Minister Julia Gillard.

After five years with Salvatore Ferragamo, Paul Andrew will step down from his role. The company reportedly has plans to shuffle the current board of directors. According to a report from Business of Fashion, the Creative Director will depart after his SS22 collection in May. It appears his position may not be replaced. Ferruccio Ferragamo will step away from his role as Chairman and will be replaced by his brother, Leonardo.

Armani Group will convert its Milan space, Armani/Teatro theater, into a site for COVID vaccinations. The designer has held its runway shows from the Milan theater since 2001 and aims to improve the speed of vaccination across Italy, which has been notoriously slow. “This is one of the initiatives strongly supported by Giorgio Armani, who wishes to protect and support his employees at a time that is still highly critical for everyone’s health,” the company shared. This is not the first designer to help speed up the vaccination process – Prada has also joined by converting all of its headquarters and plants for pop-up locations as part of the campaign.

The CFDA and Swarovski are teaming up for a new project, dubbed Re: Generation Innovation Scholar Award. The companies will celebrate the 25th anniversary of the CFDA Scholarship Program by debuting a platform for sustainable designs. The partnership will run for three years and is available for an undergraduate BFA or BA student. The winner will receive a $30,000 grant and a mentorship to start their fashion career

“Design students have a unique ability to use the creative process to examine sustainable development and lay the foundations of a new and better future for this industry,” said Nadja Swarovski. “Their creative expression through fashion is a vehicle for evolution — not only for trailblazing concepts and products, but also for societal changes in thinking and behavior.”

Chanel is launching a limited edition book in collaboration with V Magazine. The fashion literature features photography from Inez and Vinoodh, and stars including Lily-Rose Depp, Margot Robbie, and BLACKPINK’s Jennie. The book will showcase a diverse range of models, with the shoot taking place in LA, Mexico, New York, and virtually worldwide. The pages display the latest Spring Summer 21 RTW collection, ‘culminating in an eternal keepsake.’

Thank you for subscribing.

We respect your privacy and take protecting it seriously